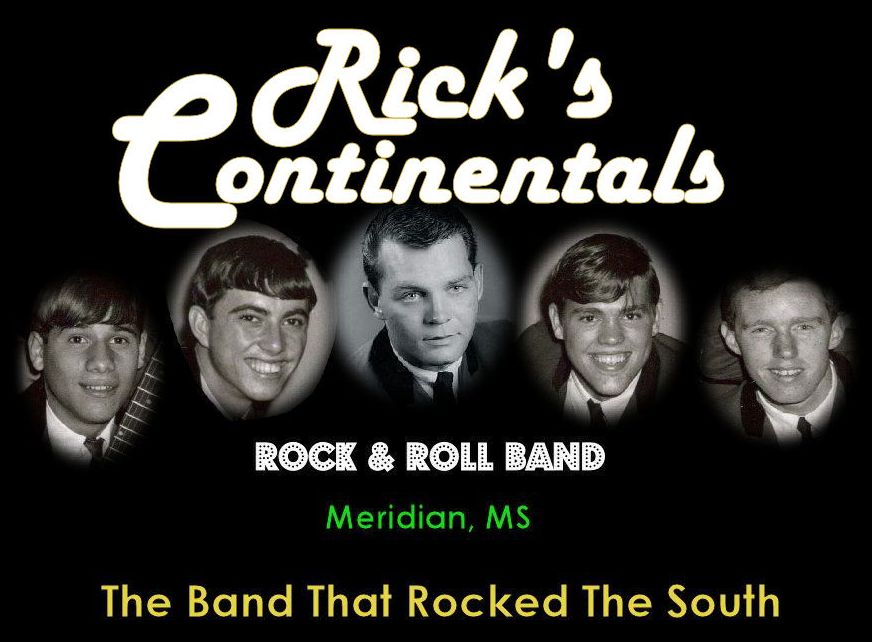 This website is dedicated to the band known as Rick's Continentals and their fans everywhere included the US,  England and Australia. It is intended to provide a broader based, single information source of this '60s Rock & Roll group from Meridian, Ms. This group of young teenagers with their guitars, their songs and their enthusiasm for music was inspired and directed by their charismatic manager and promoter, Rip Coard.   The band's lead singer, Rick Spence, was an experienced musician before joining Rick's Continentals hailing from New York and previously a member of the Kingsmen (later known as the Lovin Spoonful). Rick Spence joined the band and these young musicians became early recording artists from Meridian, MS.  The group is best known for the top 100 hit "You can Live It Up" in 1967. Other hits include "Cold Lonely Winter", "Who Are My Friends" and "I Don't Know." Paul Davis (known for his hits "65 Love Affair", "I Go Crazy", "Cool Night", and "Sweet Life" recorded with the band on their 3rd and 4th records. Paul Davis was on keyboards for these recording sessions.  This website includes a section memoralizing Lost Continentals and other musician friends who have passed away but are not forgotten.  Talents like Rick Spence, Paul Davis and Darrell Ross.  In 2009 they released a new album titled "Back To The Beginning" featuring songs recorded at RAP Records Studio in Meridian, MS. ion the mid-late '60s. Some of these recordings feature Paul Davis and George Soule who later achieved acclaimed careers as music artists and songwriters. The band's surviving members reunite yearly in the band's home town of Meridian, MS.,  where they share those special memories and powerful moments from their early years which they hold in common as brothers in music reliving their story and experiences of what it was like to be a member of a rock & roll band with a smash hit record in the midst of the powerful '60s music scene......a glimpse into their past as young music artists riding their wave of fame and success for a while before it faded into only memories. The '60s era in Rock and Roll was an important time in music......especially in Mississippi. We hope you enjoy this website dedicated to Rick's Continentals Band, their fans and their musician friends from the '60s.
Rick's Continentals World Wide Web Services 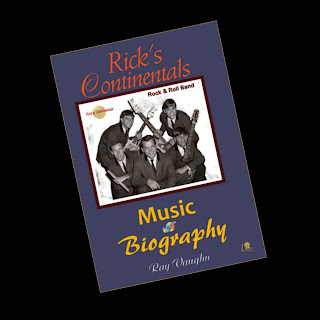 The new book, Rick's Continentals  Music Biography is on sale now. This 96 page publication is a complete history of the Rock And Roll band from Meridian, Mississippi who recorded a national hit record, "You Can Live It Up." This book includes many previously unpublished photos of this '60s rock and room band from Mississippi...........................by Ray Vaughn 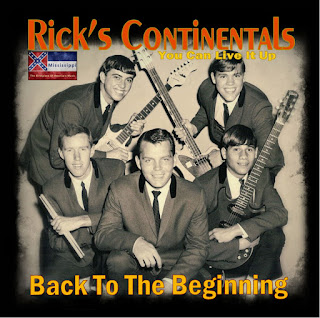 Back To The Beginning Album Released in 2009. 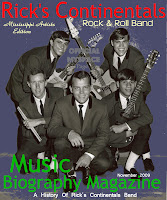