In 1968 Paul was a writer for Malaco Records, based in Jackson, MS. Paul signed with Bang Records in 1969, and in 1970, released a cover version of The Jarmels' hit song "A Little Bit of Soap", reaching #52 on the Billboard pop charts. His first album, A Little Bit of Paul Davis, was released in 1970. In 1974, he recorded his third album, Ride 'Em Cowboy, which entered the Top 40 for the title track. The same song also became a Top 40 Country hit for Juice Newton in 1984.
Davis had his first American Top 10 single with the ballad "I Go Crazy," which peaked at #7 in 1978. "I Go Crazy" spent 40 weeks on the Billboard Hot 100, which at the time set the single-song record for most consecutive weeks on the chart in the rock era. The follow-up, "Sweet Life", also did well, peaking at #4 Adult Contemporary and #17 Pop. The corresponding album Singer of Songs – Teller of Tales was a modest success, peaking at #82 on the Billboard pop album chart. He was the last artist active on the Bang Records label when it folded in 1981.
After one more album on the Bang label, Paul Davis signed with Arista Records in 1981 and scored two more Top 15 singles, "Cool Night" (which reached #11 on Billboard's Hot 100 and hit #2 at Adult Contemporary in January 1982) and "'65 Love Affair" (a major Top 10 hit at both Pop and Adult Contemporary). His Arista debut album spawned a third hit with Davis' remake of "Love or Let Me Be Lonely". The single contained a third verse of music which was not included on the album version, and despite its top 40 and AC success, this single version has never been reissued on any CD including the various Paul Davis anthologies that have been released on CD. Davis retired from making records for a time, except for two duet singles that went to #1 on the Billboard Hot Country Singles charts. The first was in 1986 with Marie Osmond on "You're Still New to Me" while the second was in 1988 was a collaboration with Tanya Tucker and Paul Overstreet on "I Won't Take Less Than Your Love". Davis also wrote "Meet Me in Montana," which Paul's friend Dan Seals and Osmond took to #1 on the Billboard Country chart in 1985, and "Bop", a solo #1 Country hit for Dan Seals in 1986. Through the years Paul was heavily influenced by technology, he owned alot of synthesizers, samplers he spent his days at home composing for films. He was very versitle with sampling & using the Synclavier & Fairlight CMI
Before his death on April 22, 2008 (one day after his 60th birthday), Paul Davis returned to singing and songwriting recording two songs, "You Ain't Sweet Enough" and "Today." 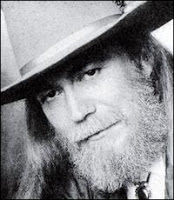 Paul died of a heart attack at the Rush Foundation Hospital in Meridian, Mississippi.
So from your brothers in the Rick's Continentals band,....we say goodbye and bid you farewell Paul. We will always remember you for your awesome talent, your friendship, your stellar career and your contribution to our music.
Information Resource:  wikipedia.org